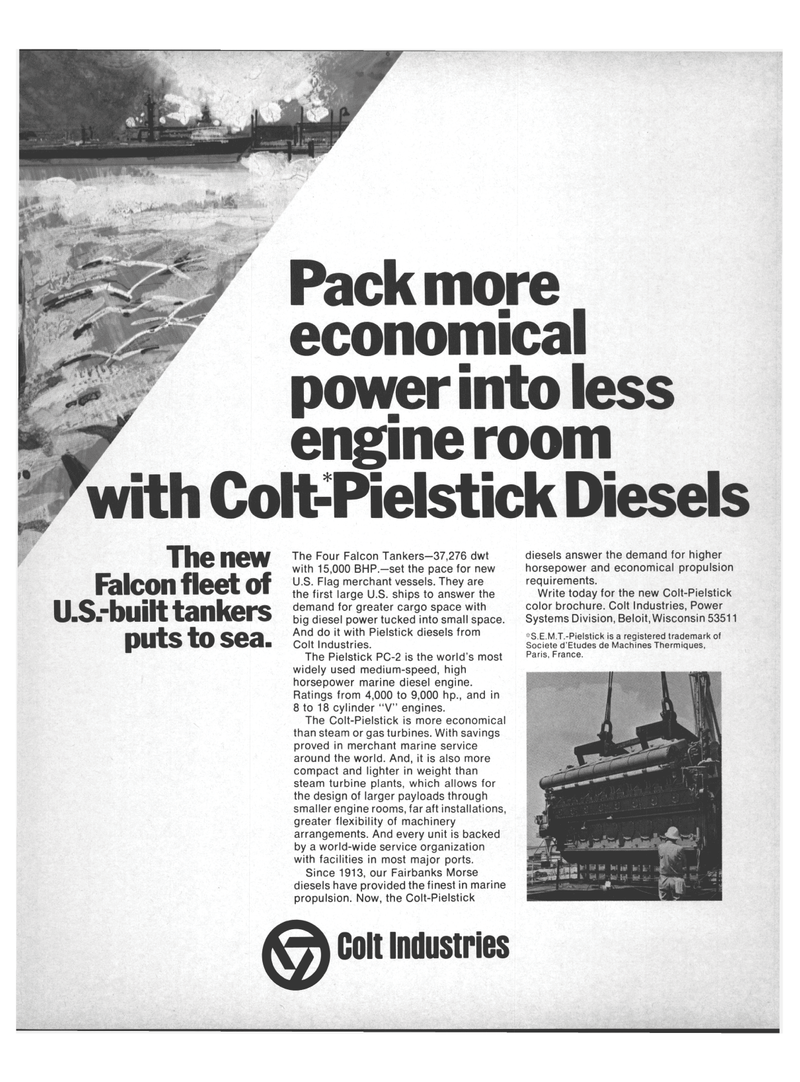 The new Falcon fleet of

And do it with Pielstick diesels from

The Colt-Pielstick is more economical than steam or gas turbines. With savings proved in merchant marine service around the world. And, it is also more compact and lighter in weight than steam turbine plants, which allows for the design of larger payloads through smaller engine rooms, far aft installations, greater flexibility of machinery arrangements. And every unit is backed by a world-wide service organization with facilities in most major ports.

Since 1913, our Fairbanks Morse diesels have provided the finest in marine propulsion. Now, the Colt-Pielstick diesels answer the demand for higher horsepower and economical propulsion requirements.

Systems Division, Beloit, Wisconsin 53511 *S.E.M.T.-Pielstick is a registered trademark of